We cater to all your needs

Planatol is your expert for everything revolving around industrial adhesives and a dedicated service provider. Your individual wishes and requirements are always at the forefront of our work. We offer proven solutions as well as customised special applications and make gluing and application processes quicker, more practical and comfortable.

We are your reliable partner from the very beginning, from conception to production and on-site consulting, to the concrete application and subsequent follow-up support. Our strengths lie in our commitment, promptness and flexibility, meaning you can always rely on us.

Many years of experience combined with innovative spirit

What makes us stand out? 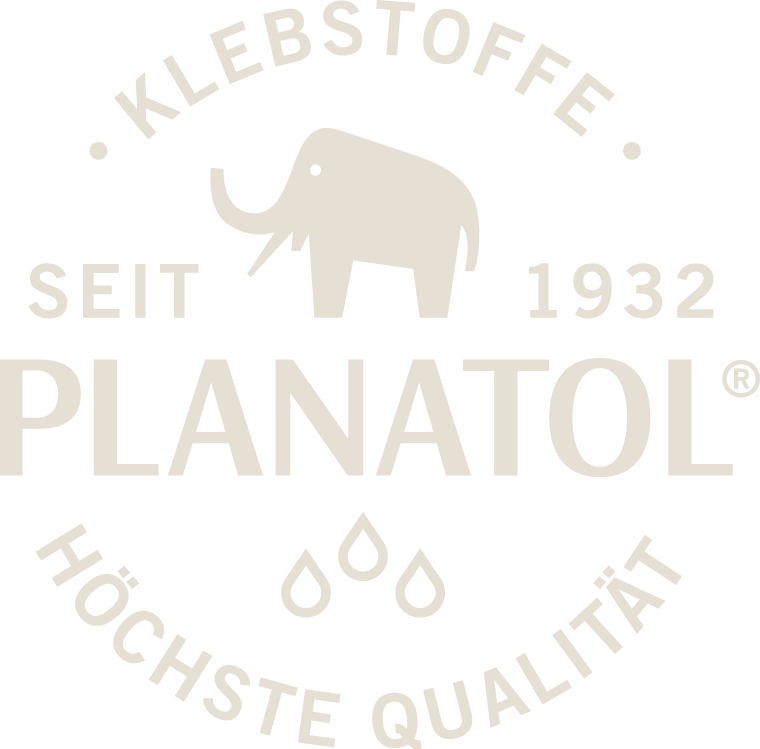 1932
Willy Hesselmann founds Planatol and manufactures synthetic resin-based cold glues.
1935
Foundation of the Wetzel company as a sales partner of BASF for Kaurit glues.
1951
Presentation of a binding machine for threadless bookbinding at the 1st drupa.
1963
First longitudinal gluing equipment for fold-gluing in rotary printing presses.
1983
Installation of the first cross-web gluing equipment in a rotary printing press.
1998
Foundation of Planatol France
1999
Takeover of Biolink as specialist for solvent-free adhesive tapes based on UV cross-linked acrylic adhesives.
2002
The group is expanded with the founding of coating specialist Planatol Coating.
2004
Planatol starts manufacturing coated pressure-sensitive adhesives on dispersion and solvent basis.
2005
The group invests in a state-of-the-art multifunctional agitator at the Rohrdorf site and starts production of reactive PUR hotmelts.
2008
Introduction of the new applicator systems COMBIJET 9NET and 9DT.
2011
Takeover of Gämmerler as specialist for print processing.
2012
Planatol takes over Wetzel and expands the product range to include special adhesives for the packaging and wood processing industry. The Italian sales partner Sifag is also taken over. A new, process-controlled dispersion plant is commissioned at the Rohrdorf site.
2014
Planatol develops the worldwide new adhesive technology PLANAMELT for the graphics industry. The sister companies Planatol Adhesive and Wetzel Adhesives are merged to form Planatol Wetzel.
2016
Planatol wins silver medal in the Print&Media Award for developing the Planamelt technology.
2017
Planatol Wetzel now operates under the name Planatol and represents, more than ever before, the core competency of the company: the production of high-quality industrial adhesives. Planamelt Pro is added to the product family.

Our employees form the heart of our company. Their commitment and expertise are responsible for the quality of our products and for the long-term satisfaction of our customers. Our motto: Innovation needs freedom This is why we also count on a trustful corporate structure and offer our employees an open environment for creative ideas. We profit from this as a company – and you as our customers.

This may also interest you

Our fold-gluing systems for rotary printing and glue application systems set new standards in terms of speed and precision.

As one of the leading suppliers of adhesives we serve the wood, paper and packaging industries and offer customised special solutions for many other branches of industry.

Planatol is an attractive, versatile employer in the Rosenheim district and offers a number of benefits for employees.

The VDMA conducted an interview with the managing director of Planatol System GmbH, Frank Heuer, on topics such as process monitoring, growth markets and industry 4.0.

We look forward to hearing from you!
Write to us or give us a call. We are always happy to help.